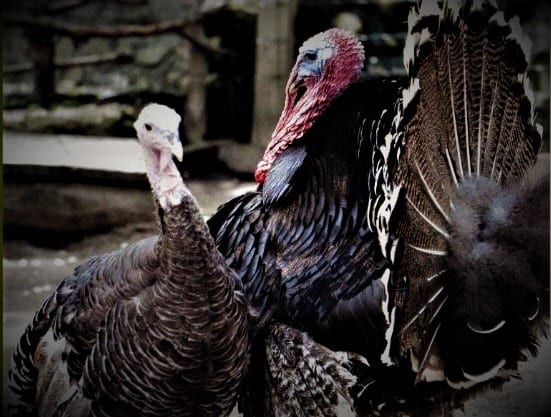 There are a ton of different things that a turkey hunter needs to do to get ready for the season. Before the season even begins you need to complete a number of tasks to stay ahead of the competition. Not only do you have to start thinking like a bird you’ll also need to plan for your hunt.

Hunters must consider everything there is to know about turkey. Figure out the places that turkeys roost, what gear you need to wear into the field, how to call in the birds and all the best places turkeys like to hang out.Luckily with a little bit of knowledge you should be able to bring home that gobbler you’ve been waiting for.

Being extremely unpredictable and easy to spook, turkeys offer a challenge that other game doesn’t.  This means that you’re going to have to do a little bit of work in order to be successful. if you do just one thing wrong they’ll fly off faster than you could ever imagine. The key to a successful hunt is to be fully prepared for anything.

For some reason people feel like they should only scout during the deer hunting season,(how smart could turkeys really be?), but that couldn’t be farther from the truth.  All you need to do is take the time to see where the wild turkeys are actually gathering.  Without scouting for turkeys during the off-season you’ll never be able to find them during the actual hunting season.

How To Look For Turkeys? 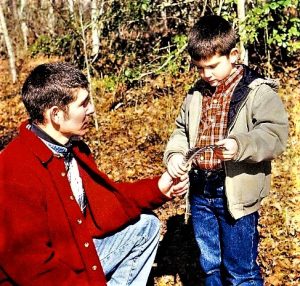 Looking for turkeys really isn’t rocket science. All you need is a good spotting scope/binoculars and a little bit of common sense.  If you don’t already have a decent set of binoculars, you don’t need to spend a lot of cash.  Bushnell’s Powerview 10x50mm binoculars offer a ton of value at such a low price.

Hunter will be much more efficient with a little bit of knowledge on the local turkey population. Scouting for evidence of turkeys doesn’t just mean looking for the actual birds. Look for signs of tracks, scratches, droppings and feathers. These little indicators will show you where the birds actually like to gather.

You should go out into the field as early as you can before the actual hunting season. I’ll normally go out the first warm day the month before turkey season. Sometimes I even get to bring out my fishing pole. Start out with your normal hunting zones and expand if you see signs of activity.

Look For Tracks and Scat 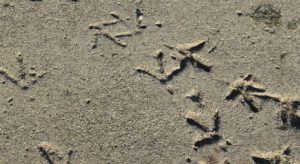 Normally I’ll start looking for tracks and scat(droppings) trying to differentiate the sex. There’s a considerable difference between a gobbler and hens tracks and scat.  Hen poop looks kind of like a curly ice cream cone, whereas gobblers look more like little straight dog turds.

As opening day approaches start marking everywhere you saw signs of turkey on a map and drive around listening for gobbles.  They’re creatures of habit so returning to these spots will give you a shot at a nice gobbler.

Listening and Calling For Turkeys

When listening for wild turkeys it’s important to understand that not all turkeys are going to make the same sounds. You’ll have a significant difference between the sound of the hand and a gobbler.

An excited hen will make a series of fast, loud, short erratic clucks known as cutting.  Whereas males will have longer drawn out distinct gobbles.  A tom or gobbler will typically draw out their gobble for 2-3 seconds.  With older males having distinct deep raspy gobbles and young males have shorter gobbles.

When Do Turkeys Gobble

To successfully call a turkey you need to understand their calling patterns.  During the late winter going into spring wild turkeys are going to be very vocal.  If you plan on hunting a plot you should definitely hear a few gobbles to signify the turkeys presence

Hunters should hear yelping, cutting, gobbling, purring and other distinct sounds of a large bird. You’ll especially hear a lot of noise when a turkey starts to roost.  Being very large birds they’re not going to be overly graceful making a ton of noise getting into their roost.

How to Call Wild Turkeys

You should use turkey calls to stimulate different sounds and draw in wild turkeys.  Even if you’re just on a scouting trip make a few calls and see what happens.  Not only will you learn the location of birds, they’ll also get used to your unnatural calling patterns.

There are three different styles of calls that most hunters should try to get their hands on.  It’s helpful to be familiar with a variety of turkey calls.  If one call doesn’t draw in a bird you’ll need to try out another one.  Here are the most common style of turkey calls that hunters use:

Diaphragm Call:  A diaphragm call is what most hunters are used to during the other hunting seasons.  Just like your favorite duck call these air activated devices use reeds to mimic the sound of a turkey.  Diaphragm calls like the Primos The Gobbler Shaker Call are harder to use than slate and Box Calls, but they offer a much more realistic calling pattern. These are the most popular calls, but they’re the hardest to master.

Slate Call:  Slate calls are a lot easier to learn than diaphragm calls, but they don’t offer the same range.  With a pretty basic design, all you have to do is pull a striker across a circular slate surface to make your call.  Most beginners will start with a slate call like the Primos Ol’ Betsy Slate Call.  You can typically figure out how to use a slate call in a minute or two. 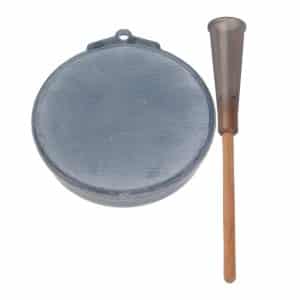 Box Call:  Box calls are going to be the easiest to use, but that doesn’t mean they aren’t effective. To use a box call simply slide the wooden lid across the surface of an open box. In about ten seconds I was able to teach my 2 year old nephew how to use a Primos Magnetic Box Call. 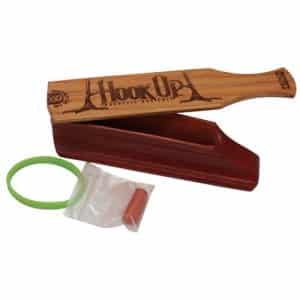 Cluck:  Clucks are used to get the attention of another bird.  It typically just consists of a one or more short notes.

Putt:  Putt sounds indicates danger to the surrounding birds.  The last thing you want to hear when you’re out on a hunt is a series of several sharp rapid notes.

Gobble:  Everybody knows the distinct sound of a gobble.  Gobbles are made by male turkeys to call in hens during spring breeding periods.

Yelp:  a series of single note variations that has a wide variety of different meanings.

You’d be surprised at just how different spring and fall turkey hunting actually is. Spring turkey hunting is exciting, challenging and extremely fast-paced. In most states you can only hunt Toms during the spring which means you’re going to have to mimic hens.

Spring is the breeding season for turkeys so males are going to be big and ready to move. To call them in you’re going to want to use a basic box call like the Primos Magnetic Box Call to make a yelp. The video below should give you a good idea on basic calling patterns.

During the fall hunting season hunters are allowed to take either a male or female turkey.  Without the breeding season fall turkey hunting gets a little bit difficult.  The key is to ambush them at their food sources.

During the fall turkeys are only concerned with eating and staying alive.  So stick to your food sources and obvious roosting areas.  Check out my post on scouting turkey roosting areas for more information.  Just remember that you can’t actually shoot a turkey that’s in roost, you have to wait until he gets back on the ground.

During the turkey hunting season you need to follow all the basic safety rules.  The rules are easy to follow and are basically common sense.

As a turkey hunter you need to be concerned about camouflage, comfort, stealth, warmth and safety.  The bad part about turkey hunting is that you never know how warm it’s going to be.  What works well one year might be far to warm the next.

When hunting I like to live by two main rules: purchase clothing that’s both quiet and provides full coverage, and it also needs to protect you from the elements, cold, rain, mosquitos etc.  Most of the time I’m going to stick with modern synthetic fabrics that protect your from moisture without excess heat.

I’ll typically pair lots of lightweight comfortable layers with a high quality turkey hunting vest.  I’ve had a lot of success wearing the Alps OutdoorZ Grand Slam Turkey Vest the past couple seasons.  I love the kickstand backrest frame and pad that allows you to sit comfortably anywhere in the forest.  Plus you can carry all the extra gear that you need. 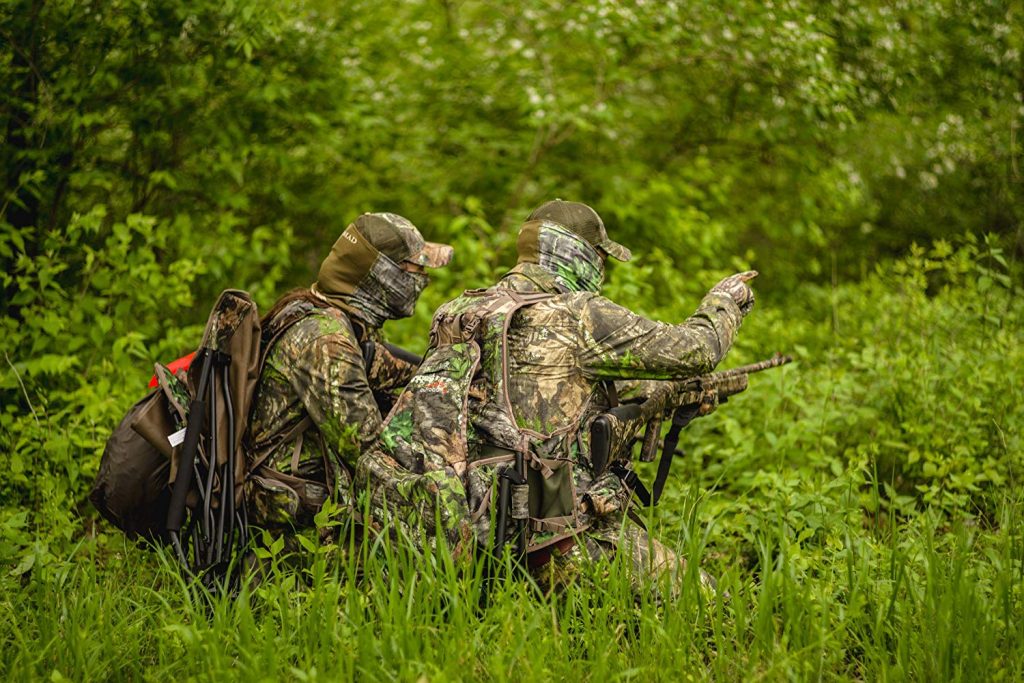 What To Bring on The Hunt

The following is my basic packing list of all the items I bring on a Turkey Hunt.