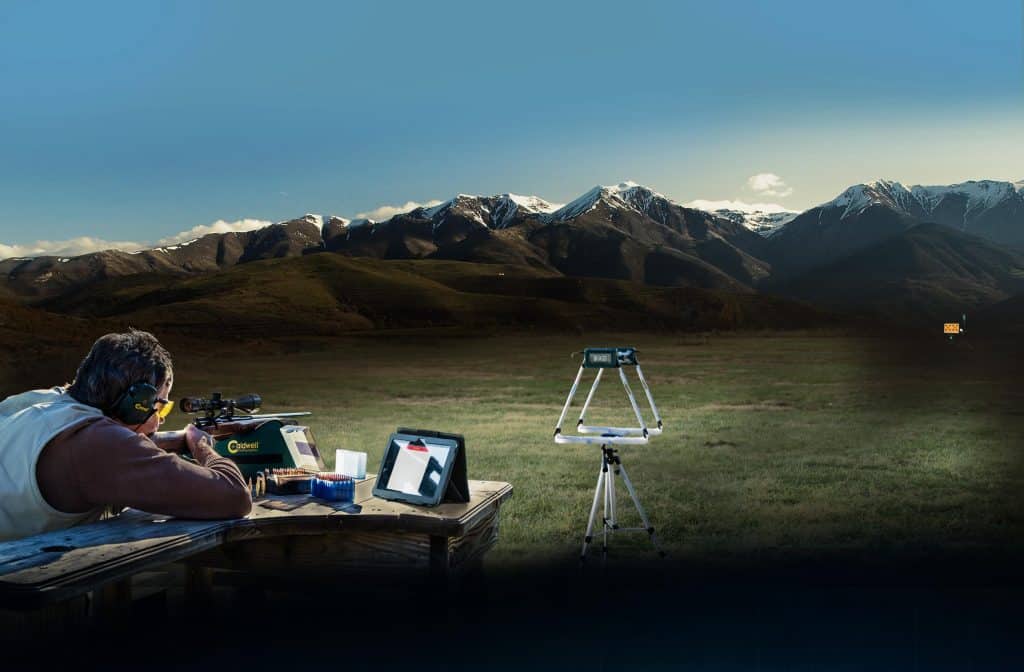 What’s The Best Shooting Chronograph For The Money? 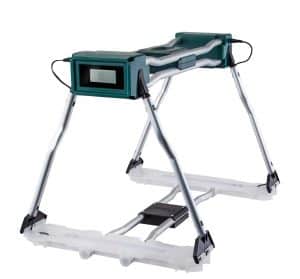 Caldwell literally flipped the chronograph industry upside down with the G2 Ballistic Precision Chronograph. By flipping the chronograph upside down Caldwell significantly improved the measurements in adverse lighting conditions. You’ll be able to receive accurate readings on days where other chronographs won’t. There’s even a built in led light for shooting in low light conditions. Using bluetooth technology and Caldwell’s smartphone app you’ll be able to record all of your data in one simple easy to use application. With the Caldwell smart app all your data will be stored in one easy to access location.

Caldwell’s Ballistic Precision G2 chronograph is very easy to transport and setup for the first time. With the included heavy duty carry bag and compact design you won’t have to worry about leaving anything at home. After unfolding the Caldwell G2 it should take you about 5 minutes to setup the chronograph. You can easily adjust the height of the tripod for easier shooting. Test the speed of all your hunting and shooting gear including firearms, paintball guns, air rifles and archery equipment. After setup and your first shot the ballistic data will instantly be sent to your smartphone app over bluetooth. The free app automatically calculates and displays Average Velocity, standard deviation, minimum velocity, maximum velocity and velocity spread from the shot string. The data is stored and can be exported via email or simply recalled on your smartphone. If you’re getting serious about long distance shooting or reloading do yourself a favor and buy the Caldwell Ballistic Precision G2 chronograph. I can almost guarantee that you won’t be disappointed. 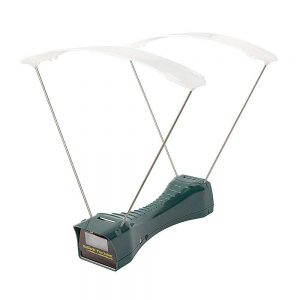 There are two main differences between this chronograph and the above Caldwell G2. You’ll most likely notice that this unit uses a traditional chronograph design. Using an age old design it’s simple to use and can be used in most outdoor environments. Like all chronographs in this price range you’ll need a lot of sunlight to get it to work. Due to flickering fluorescent lights none of the cheaper chronographs can be used at an indoor range. If you want to use it indoors there’s no other choice than the above Caldwell G2.

Caldwell’s Ballistic Precision Chronograph is extremely simple to use and transport. It folds up into a compact package and fits into a small included carrying bag. After you figure out how to use it everything can be setup in 5 minutes or less. By far the best feature is that this chronograph can be used with the Caldwell smartphone app. While you aren’t going to get bluetooth at this price point the chronograph connects to your smartphone or tablet using a basic 15′ audio jack cable. You’ll be able to measure and track accurate velocity readings from speeds of 5 to 9,999 fps. Every unit comes pre-calibrated from the factory with .25% accuracy. The app automatically calculates Average Velocity, Standard Deviation, Minimum Velocity, Maximum Velocity and Velocity Spread. All the data can be stored on your phone for later use or exported to your computer via email. 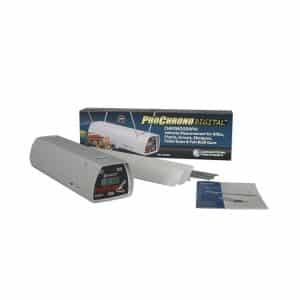 By far the best thing about the Prochrono is the affordable price and precision. Competition Electronics was able to keep the price down on the base unit by offering upgraded features separately. If you don’t need a Bluetooth Adapter adapter to hook up to your smarphone you can wait and buy it when you do. Even with the purchase of all the available accessories the Prochrono typically comes in cheaper than the Caldwell G2.

Where the Prochrono really shines is it’s accuracy. With this chronograph you’ll be able to measure velocities between 22 and 7000 fps. It will record 9 strings of fire with a review of 99 shots each and compute statistics for each string of shots. It includes statistics for maximum velocity, minimum velocity, number of shots, average, standard deviation and extreme spread. I wouldn’t say this chronograph is harder to use than the above Caldwell’s but it’s definitely designed for the advanced shooting statistician. With the additional Bluetooth Adapter or cord you can send readouts to a smartphone app or HP Enhanced Infrared Printer. I would definitely recommend using the smartphone app and printing at home. For a professional chronograph system with plenty of upgrades, buy the Competition Electronics ProChrono.

The Shooting chrony F-1 chronograph is the perfect chronograph to leave in your trunk for last minute trips to the range. Shooting Chrony designed the system to be a durable all in one solution for easy transport. Everything needed is included in a folding compact steel package. To setup this chronograph simply unfold the steel enclosure and lift up the sensor rods. When complete setup takes less than a minute you’ll find more excuses to take this instrument to the range.

The F-1 chronograph can be used with all types of controlled projectiles. With a measurement speed of 30 to 7000 fps you’ll be able to use this chronograph with everything from your long distance rifle to paintball gun. The unit can be mounted on a tripod or just placed right on your table. Chrony F-1 features a large display that shows numbered shot velocities. With optional accesories sold separately you can use the shooting chrony with your smartphone or portable printer. For fast setup and ultimate portability buy the Shooting Chrony F-1 today.

Who Makes The Best Shooting Chronograph?